The old administration building in Reken was built in 1897. Originally the building was used as a two-storey school building for boys. Afterwards the Reken-Heiden office moved into the building and found its place there from 1933 - 1974.

After the administration had moved to the new town hall at the end of 1974, the building of the old town hall was then used initially as a pastor's and youth home of the Catholic parish of St. Heinrich.

The building subsequently became an open youth centre in the 80s. Later called Flash 23, a youth club with leisure activities. Since the youth centre also needed more space, it moved out of the building at Hauptstraße 23. After a short period of vacancy, the Altes Amtshaus has now been completely renovated and modernised.

The upper area of the Amtshaus is now used as modern accommodation. With 5 rooms and a complete penthouse apartment on the top floor. There is a safe place in the basement of the house for bicycles that you bring with you to park them and charge e-bikes. 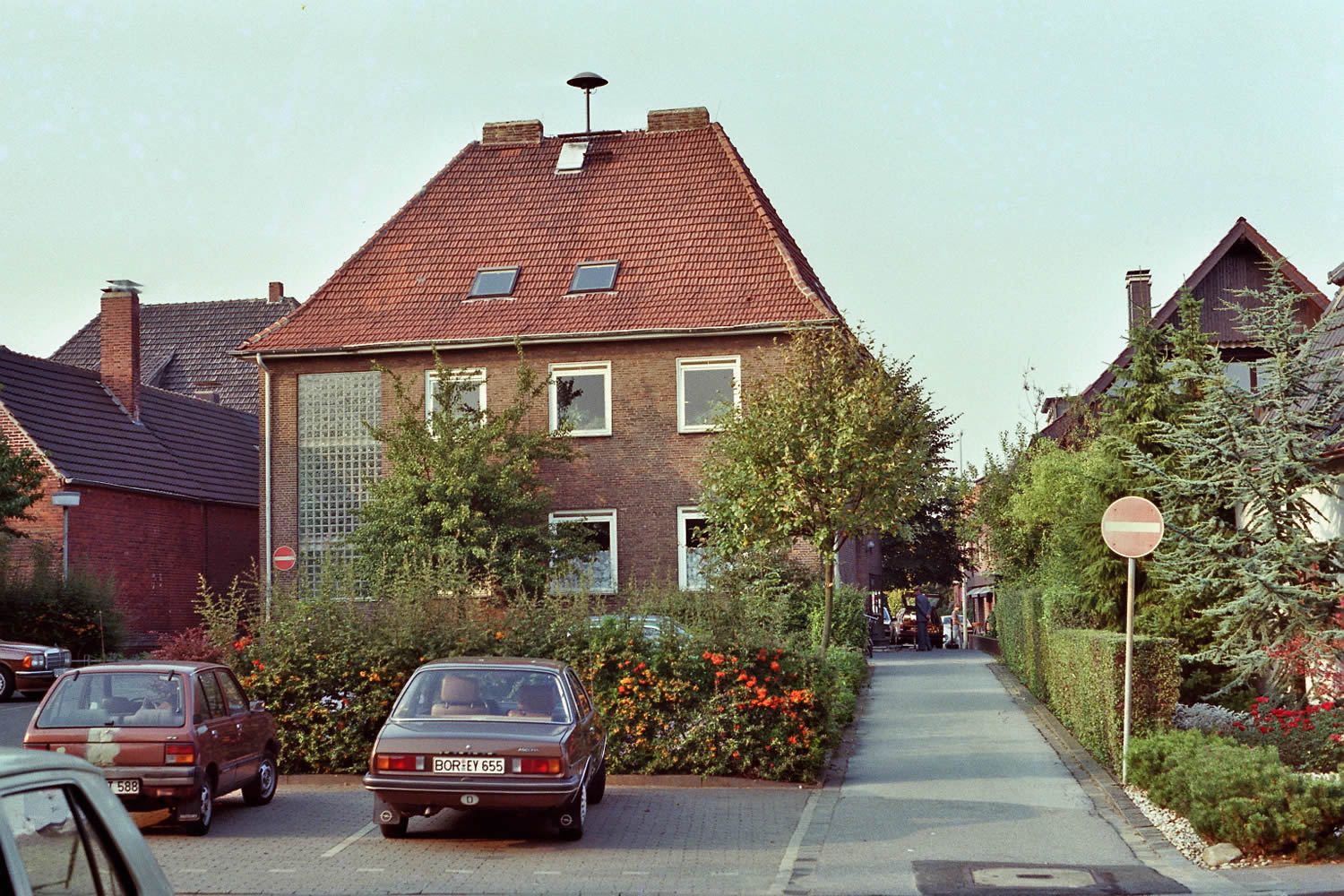 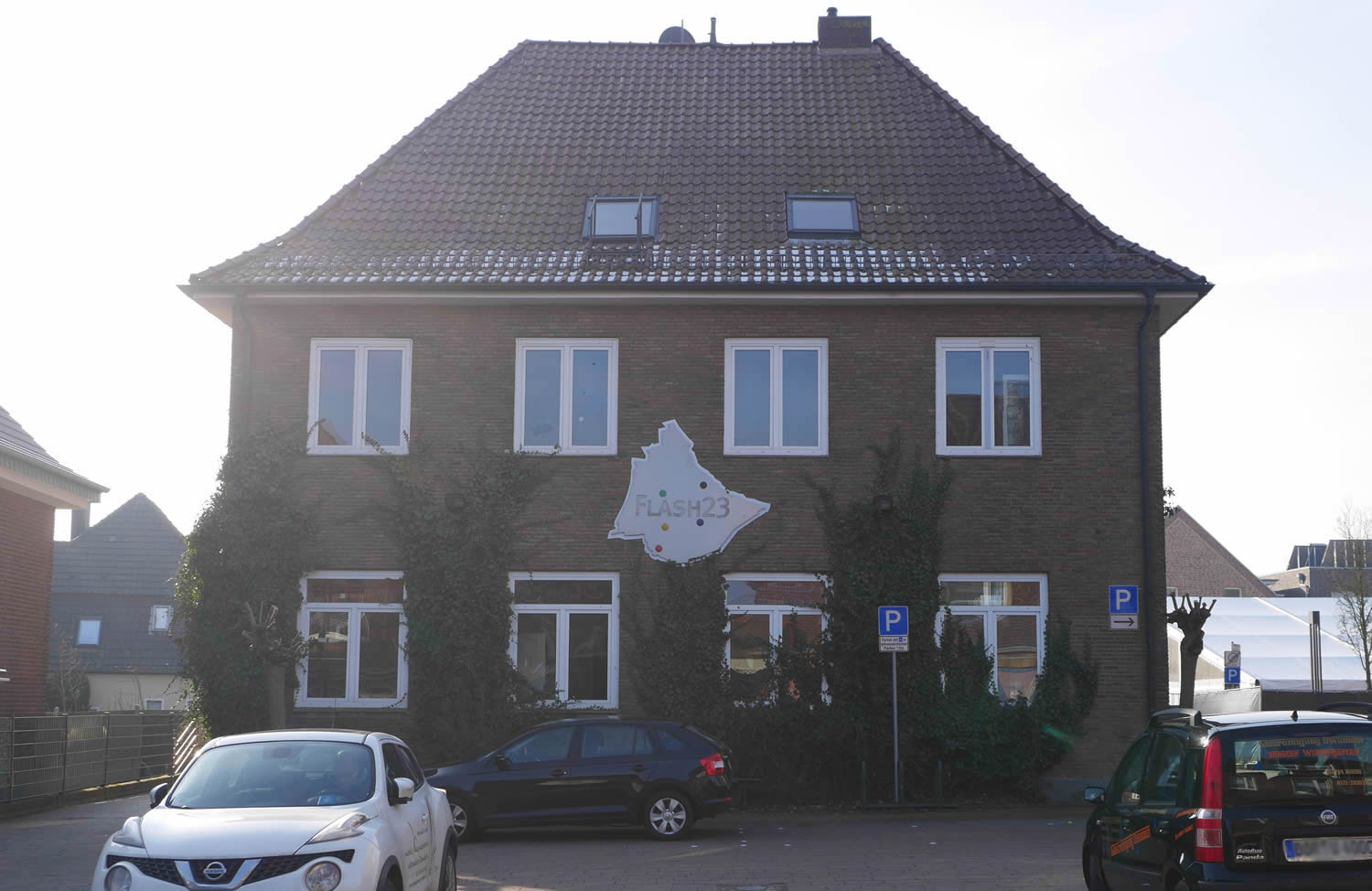 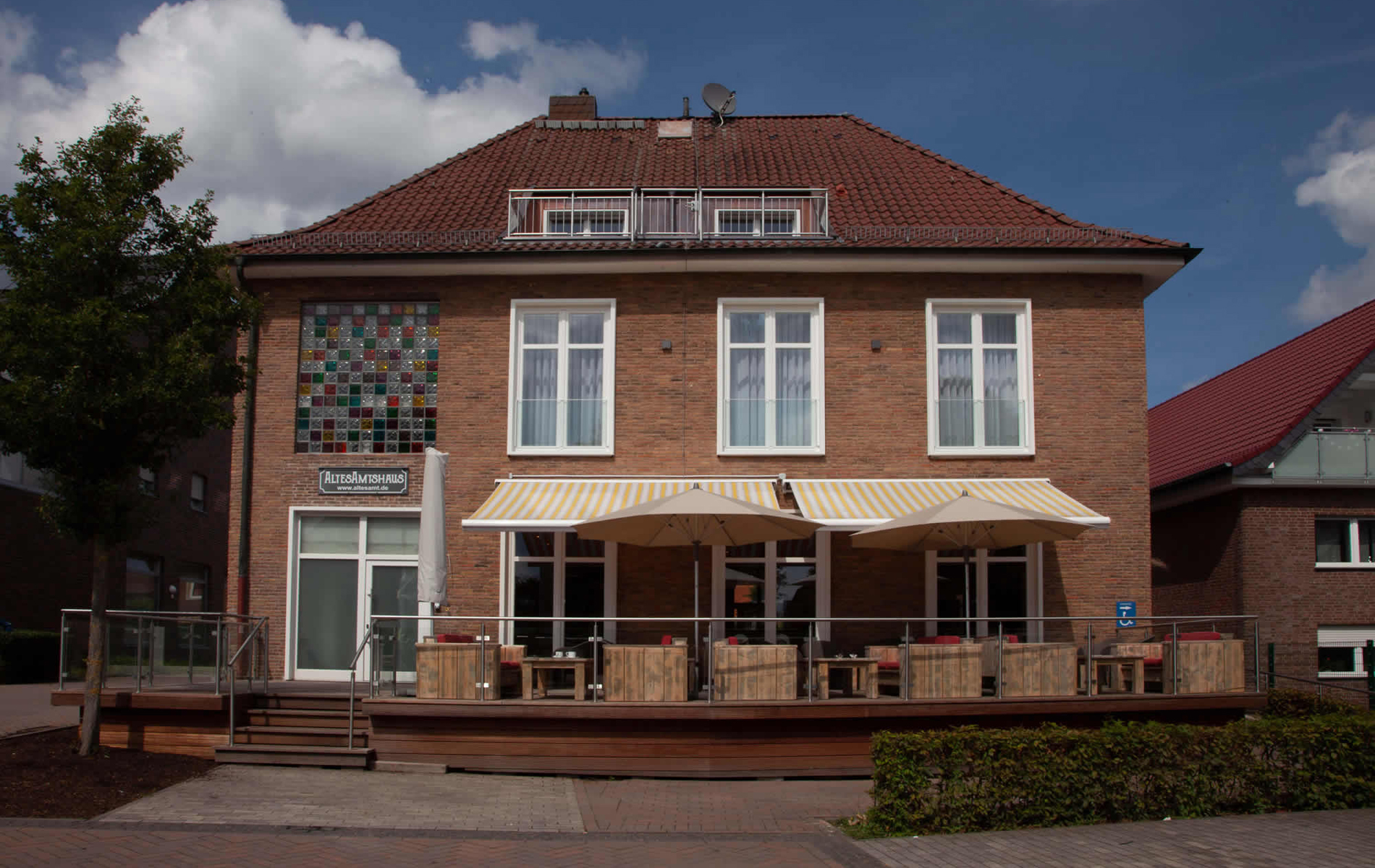 The building was constructed as a two-storey school building for boys on the main street.

The former school building was used as the Reken-Heiden administration building.

Today a modern "Hotel-Garni" with bakery on the ground floor

Manage cookie consent
In order to provide you with an optimal experience, we use technologies such as cookies to store and/or access device information. If you consent to these technologies, we may process data such as browsing behavior or unique IDs on this website. If you do not give or withdraw your consent, certain features and functions may be affected.
Manage options Manage services Manage providers Read more about these purposes
View settings
{title} {title} {title}